From London to Paris: Cross-Channel Adventure

London and Paris are two of the most visited cities in the world, ranked at #2 and #5 respectively, as reported by Business Insider. These two cities have a lot to offer tourists, but this time, the attention will be on places and activities that are not usually on travelers’ itineraries.

There are walking tours in London, called Unseen Tours, which give a “unique perspective on life.” What makes them different is that they are guided tours by homeless Londoners. According to The Telegraph, participants will have a glimpse into the city’s famous street art, get to hear stories about “sinister tales of Christ Church,” which is a church situated at the center of the former prowling area of Jack the Ripper, and visit other spots which are among London’s most multicultural areas.

On the other hand, tourists can also visit BAPS Shri Swaminarayan Mandir – Europe’s first traditional Hindu temple. If your timing is right, you may even witness rites and ceremonies that are performed within the structure. 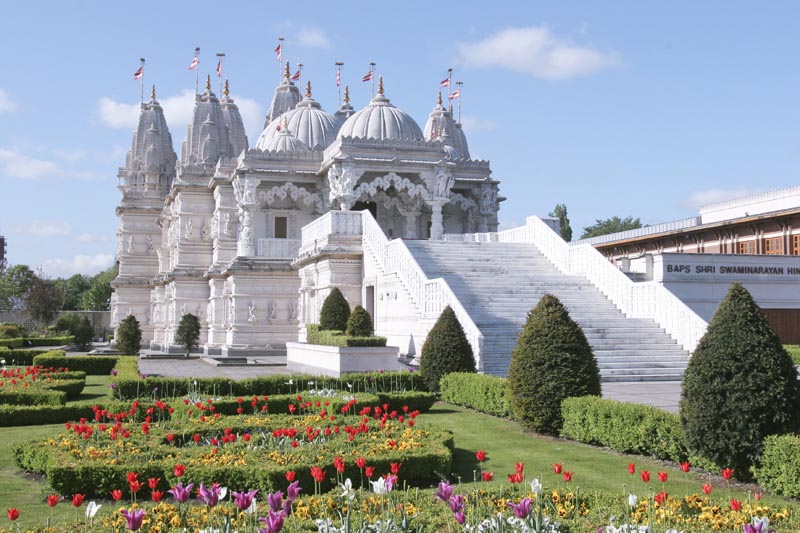 If you’re visiting London on a tight budget. Consider staying at a hostel. There are many to choose from so it might be difficult to wade through all the multitude of choices. Here’s a great list to get you started: Best Hostels in London: A Definitive Guide.

There’s a human-made attraction in Paris, named Parc des Buttes-Chaumont, which has fake crags, bridges, and a cave complete with artificial stalactites. The Telegraph specifies that the park was created in the 1860s by Baron Haussmann and Jean-Charles Alphand.

The Jardin des Serres d’Auteuil is a 19th-century site where greenhouses were built for growing plants that were to be used in municipal parks. There are numerous species of plants and rare trees, an aviary, and a fish pond. It’ll be wise to visit the site soon, as there are plans for demolishing it to give way for the construction of tennis courts.

You may take long-haul buses. However, the journey may take up to 9 hours one-way (OW) and will cost you an average of £40 for a round trip (RT). High-speed trains are a lot faster at around 2 hours (OW), but it’s pricier and can set you back more than £60 (RT). Flights are in the £60 (RT) range as well, but will only take around 1 hour (OW).

You can also rent or bring your car. A drive through the Euro Tunnel, which passes under the English Channel, takes more or less 30 minutes (OW), and an additional 6-hour drive will be needed to reach Paris. Similarly, a ferry trip lasts 90 minutes (OW), plus the 6-hour drive, but it’ll cost you around £80 (RT).

Eiffel Tower During the Blue Hour

As an alternative, you can mix and match two ways, by taking a car and flying for instance. You may rent or bring your car while exploring London, then take a flight to Paris. Additionally, you can leave the car at the airport for the time being if you are heading back to London.

UK’s airports also include options like short stay parking, which is detailed by Parking4Less as good for passengers who will be gone for three days or less. Using this method is practical, helps to save on time, and is extremely convenient.

Hi, I'm Adonis, DevOps Engineer by day, Always Wanderlust photographer and writer by night. I didn't "quit my job to travel the world" but I have traveled to over 53 countries. I want to show that you too can make adventure and travel a big part of your life.

What’s in my Camera Bag? A Photography Gear Guide!

How to Choose the Best Travel Camera

How to Choose the Best DSLR Camera for Travel in 2020

A Driving Guide Through the Icefields Parkway in Canada

Cycling The Quebrada de Cafayate On A Dilapidated Mountain Bike

How To Explore Machu Picchu via the Inca Jungle Trek

16 Must Have Camping Accessories For Your Backcountry Adventure

Guide to the Best 4 Person Tent for Camping and Backpacking

The Best Accessories for Traveling with Your Dog

Travel Anxiety: What are the Pre-Trip Jitters & How Can We Tame Them?

How to Catch Mistake Fares & Save $190 (on Average) on Tickets

A Comprehensive Guide to the 5 Scandinavian Capitals

Lofoten Rorbuer | Why You Should Stay in One

My Near Death Experience with Goats in Norway

Things To Do In Port Townsend | Washington’s Victorian Seaport

A Photographic Tour of The Plitvice Lakes National Park (No Words)

A Photographic Tour of The Plitvice Lakes National Park (No Words)

Moscow Subway Stations to Check Out When You’re in Russia

Moscow Subway Stations to Check Out When You’re in Russia